Lessons in Leadership Recruiting: From Transaction to Strategic

13 Classes Encompassing The Corporate Executive Recruiting Process and Function, From The Transaction to the Strategic

In this class we cover the multiple factors which help create a world-class, high impact corporate executive recruiting function 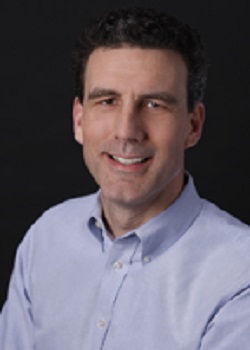 Simon Mullins has been a recruiter and recruiting leader for almost his entire career. He even started a recruiting agency while a student at university. He has lived and worked in Europe, Asia and the US (on both coasts), in startups and at a Fortune 50 company.

He has managed executive search from ‘the outside’ as a Partner at Korn/Ferry International and has led one of the most advanced internal corporate executive search functions and a large mainstream staffing group, at Microsoft.

After beginning his recruiting career in London, Simon moved to Hong Kong to recruit for clients in the technology industry. He joined Korn/Ferry in Boston and spent 7 years there and in Silicon Valley.

In 2004, he joined Microsoft’s Executive Recruiting Team, which he led from 2006 to 2012, eventually becoming Senior Director of the conpany. The team became highly integrated with Microsoft’s succession planning process and was responsible for all of the external hiring of the company’s most impactful executives - including Board Directors.

In 2013, Simon was asked to become Senior Director of Staffing of Microsoft’s largest experienced Staffing team, serving the Applications and Services Group.

In 2014, he joined ESIX: Executive Search Information Exchange, which he now facilitates.

Simon is a frequent speaker at industry forums and was an ESIX Advisory Board member from 2007 to 2012.

He holds an honors degree in economics and public administration from the University of London.

Introduction to the Academy, ESIX, and Course Outcomes
Available in days
days after you enroll

When does the course start and finish?
The course starts now and never ends! It is a completely self-paced online course - you decide when you start and when you finish.
How long do I have access to the course?
How does lifetime access sound? After enrolling, you have unlimited access to this course for as long as you like - across any and all devices you own.
What if I am unhappy with the course?
We would never want you to be unhappy! If you are unsatisfied with your purchase, contact us in the first 30 days and we will give you a full refund.
off original price!

Thank you for joining us on this course. Please suggest any ideas or give feedback at https://www.esix.org/surveys/?id=1150030